Back to Main Index 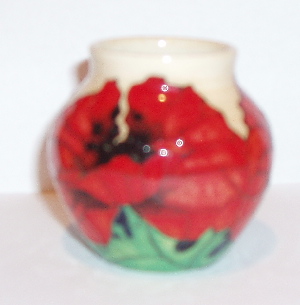 Back to Main Index

Dennis Chinaworks Founded in 1993 by Sally and Richard Dennis, the Dennis Chinaworks pottery is run from the converted stables of a Victorian Gothic rectory in Somerset, England. Sally established her professional name in design, Sally Tuffin. After graduating from the Royal College of Art Fashion School and starting a design business with Mario n Foale. Foale & Tuffin soon became one of the leading design houses of the 1960's. Sally later took her skills and experience into ceramics, becoming partner and design director of the Moorcroft Pottery from 1986 to 1993. Richard trained with the auctioneers Sotheby's before establishing an antique glass and ceramic business together with a publishing house producing specialist books for collectors.

At Dennis Chinaworks the pots are thrown and turned on the wheel.

Colour is spun on the leather hard earthenware and decorated by incising and slip-trailing the designs. Further colour is added using underglazes and natural oxides, then the pots are finished with a clear glaze. From beginning to end each pot is the work of a single Decorator. Their signature joins the number, company name, date and throwers mark on the base. Dennis Chinaworks products, vases, bowls, boxes and dishes are bought by collectors and enthusiasts of decorative pottery. Although influenced by many sources, the designs are distinctly Sally Tuffin, reflecting her love of the late 19th, early 20th century Arts and Crafts movement.